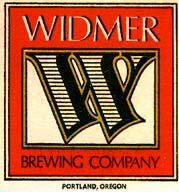 Widmer contracted with G.Heileman for nationwide production, but Heileman's facilities just weren't up to the delicate task of producing a proper Hefeweizen (or a facsimile thereof). In April 1997, Widmer announced the formation of a distribution and equity alliance with Anheuser-Busch, whereby A-B will make a minority investment in Widmer in exchange for distribution rights.

My Opinion Of The Beers That I've Tried:
16.0 points overall