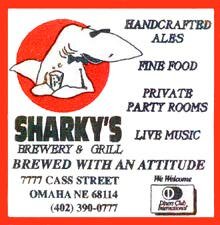 The brewery is closed, but the bar ("Zim's"?) is still open. It's right across the street from Peony Park, the site of the first roller coaster I ever rode.