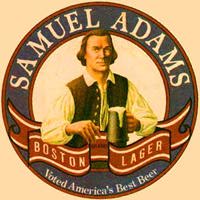 Boston Beer Company bought Hudepohl-Schoenling Brewing Company of Cincinnati OH in February 1997, and renamed the 390,000-barrel facility The Samuel Adams Brewery. (Now that they're actually brewing a significant amount of beer themselves - even though it's no more than 32% of their total production - I've reclassified them as a large brewery rather than a beer-marketing company.)

Here's where Samuel Adams beers are brewed...thanks to