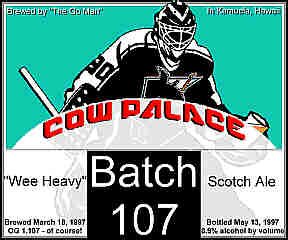 The original gak and gerry's brewery was in San Leandro CA. We moved to bigger digs in February 1993 and became gak and gerry's garage brewery and hockey haven. After a quick pass through Moloka`i HI, I started brewing in Kamuela HI in April 1996...then moved back to Moloka`i in June 1997, to try to open The Moloka`i Brewing Company. That didn't work out, so the plan now is to attend Siebel's course and find a job brewing somewhere.

By the way, I got most of my homebrewing supplies from Rocket Suds.