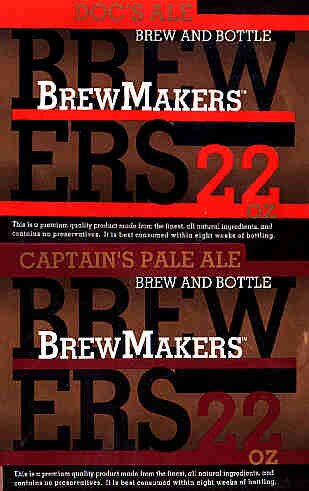 I don't get their labels: "Brew and Bottle", "Smooth Ale blended from Carmel Malt and Two Classic Hops", "Brewers 22oz".