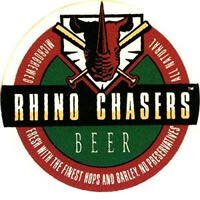 Minnesota Brewing of St.Paul MN has licensed the brands, while William & Scott goes through bankruptcy proceedings.