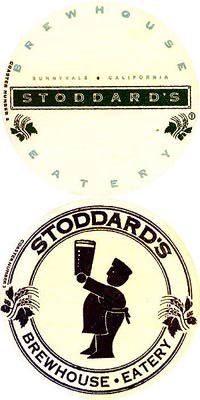 Bob Stoddard left the Tied House to start his own pub. The beers were Tied House clones for a while, but they've improved greatly since then, and Stoddard's is well worth a visit.

Directions: 101 to Mathilda Avenue South. Turn south on Evelyn. You'll see Stoddard's a couple of blocks along on the right. Or, take CalTrain to the Sunnyvale station. Stoddard's is right across the street to the west.