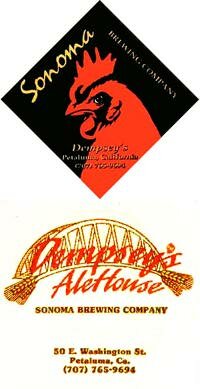 Directions: Highway 101 North from San Francisco - or South from Santa Rosa - to Petaluma. Exit at Washington Street and go west. Dempsey's is in the Golden Eagle shopping center about a mile along on the left.