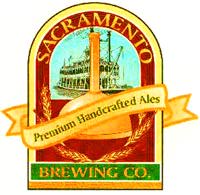 Directions: Sacramento Brewing is in the Town and Country Village, which is at the corner of Fulton and Marconi.