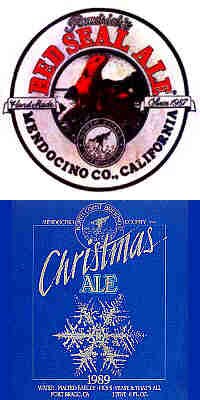 Outstanding beers on tap...better (of course) than the bottled versions. Call ahead for information about touring their huge facility across the street from the pub.

Directions: If you're coming from Anderson Valley, take Highway 128 north for about 30 miles. Turn right when you get to Highway 1, and head for Fort Bragg. North Coast Brewpub is 21 miles or so along on the east side of the road, and the big brewing facility is on the west side, right across the street. Can't miss those big stainless tanks...