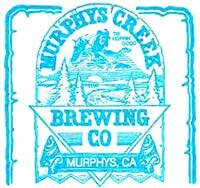 Fair-to-mediocre beers. The tasting room is at the corner of Murphys Grade Road. and (lower) French Gulch Road, three miles outside of Angels Camp CA. It's been more than five years since I've had the opportunity to taste Murphys Creek beers, and the new brewers insist that they've made great improvements, so give them a try.