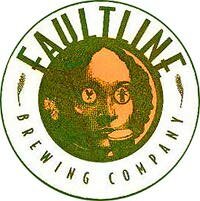 Trendy-looking place, rather mediocre beers last time I was there. Of course, last time I was there, they still hadn't got their brewery operating, so they were contracting with another brewery to produce their beers. That's no longer the case, and here's an excerpt from a message I got from Faultline owner :

Faultline Brewing is now providing its customers with 5 standard beers and up to 3 seasonal beers at any given time. 5 standard beers are, Golden Ale, Pale Ale, Irish Stout, FBC Best Bitter, and an unfiltered Hefe Weizen (wheat beer) 3 seasonals now on tap are Old Battle-Axe Barley Wine, India Pale Ale (IPA) (sporadically throughout the year) and a new Brown Ale arriving in a couple days.

Directions: 101 to Lawrence Expressway South. Left at the first light (Oakmead). Faultline is one block along on the left.