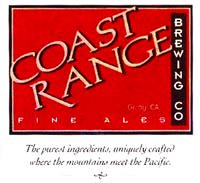 This microbrewery has been making tasty ales from Day One.

In 1998, Coast Range sold its Desperado label to the French brewery Pêcheur. The beer will be repackaged under the name Coast Range Pale Ale.