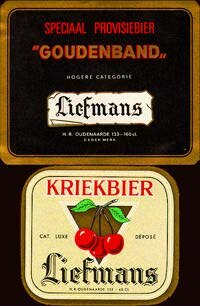 According to Jackson's Beer Companion, the wort is produced by Riva of Dentergem, West Flanders, and shipped to Liefmans for fermentation etc.

My Opinion Of The Beers That I've Tried:
17.0 points overall