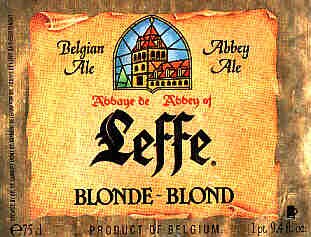 Formerly an abbey brewery, established "anno 1240", Leffe beers are produced by Brewery St.Guibert, an Interbrew brewery, in Mont-St-Guibert, Belgium, and at De Kluis in Hoegaarden.

My Opinion Of The Beers That I've Tried:
14.0 points overall